7 Great Civic Apps in the Works at Code for KC 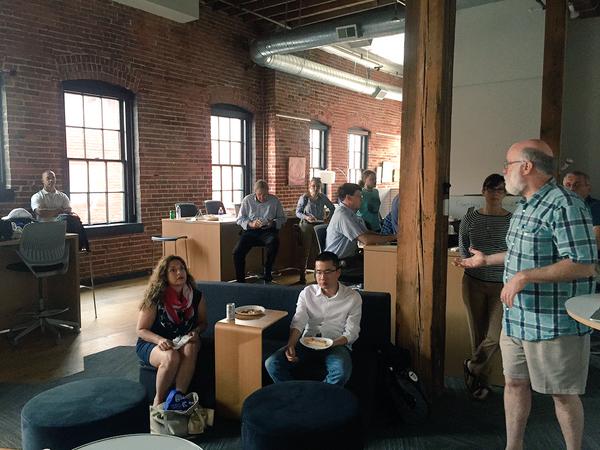 For those not familiar with KC’s Code for America Brigade, which is hosted and organized by KC Digital Drive, it’s a passionate and proudly ragtag gaggle of volunteer coders and social activists hellbent on building software apps that serve people.

Numbering usually in the 15-20 range on any given Monday night, these folks meet at the Sprint Accelerator to advance projects for public good. They hail from places as diverse as the UMKC Law School and Cerner, the KC Police Department and the Community Capital Fund (CCF). 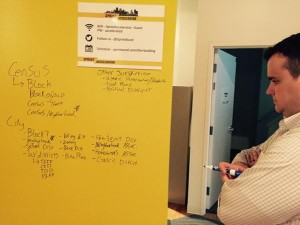 Their projects involve anything from helping business owners plant trees to helping the police respond more effectively to emergency calls. Most all of the projects are intended to build software apps using open-source code (so they can easily be repurposed in other cities) and open data, such as the public datasets available at data.kcmo.org.

Many of the current CfKC teams were formed in June at the National Day of Civic Hacking, a two-day hackathon organized by the Brigade/KCDD to create ideas for projects that would be launched in November of this year.

On Monday, August 31, from 6-8pm, six of the teams give progress reports at the Accelerator for the Hack KC Midpoint Roundup. (It’s free to attend, but please register on Meetup.com.)

At this report, you’ll hear from teams including:

We’ll also be welcoming a few newcomers to pitch ideas for brand-new projects.

It’ll be a great evening for advancing the cause of tech for social good in KC.