US Ignite is a national, independent non-profit organization with a mission to build transformative, impactful applications that require gigabit fiber networks and similar next generation infrastructure, and to create test bed communities in which to incubate these applications. KC Digital Drive has led the Kansas City metro area’s participation and engagement with US Ignite since both organizations began in 2011-2012.

Much like KC Digital Drive emerged locally from the mayors’ offices in KCK and KCMO, US Ignite grew out of the White House Office of Science and Technology Policy with funding from the National Science Foundation. The problem US Ignite was created to solve was the “chicken and egg problem” of gigabit Internet—there were relatively few gigabit networks because the applications demanding such networks were underdeveloped, and there were no applications because the networks to support them didn’t exist. US Ignite’s six social and civic impact focus areas are education and workforce, energy, health, public safety, transportation, and advanced manufacturing.

With Kansas City’s gigabit infrastructure and KC Digital Drive’s mandate to support local pilot projects, a natural partnership was born. We work together to bring the expertise of US Ignite’s network into Kansas City and to share what we learn here with the broader network of US Ignite communities.

US Ignite was perhaps the first federally-funded “smart cities” project, though it’s been more recently that the term “smart city” has caught up with the reality of the work. The $6 million Smart Gigabit Communities (SGC) grant was announced in September 2015 at the White House, and the network officially launched June 14, 2016 at the Smart Cities Innovation Summit in Austin, TX, where KCMO Chief Innovation Officer Bob Bennett and KCK Assistant County Administrator Joe Connor accepted the SGC flame from US Ignite founder Glenn Ricart.

The Kansas City metro is one of 15 founding Smart Gigabit Communities, with participation led by KC Digital Drive. These communities form a network of “living labs” for piloting and sharing applications that use a low-latency, ultra-high-speed network with locavore (local or edge cloud) computing and storage capabilities.  This combination of network features supports applications that are highly interactive, visually immersive experiences not possible on today’s commercial Internet. Communities will receive technical assistance from US Ignite staff and partners in designing and developing applications to take advantage of the new network connections including access to fund accelerators and technical staff. Grant resources are intended to support a part-time technical lead, gigabit community and application development activities, and hardware for the “Digital Town Square.”

In return each community commits to:

Other projects where KC Digital Drive works closely with US Ignite include the Global City Teams Challenge (GCTC), the Gigabit Community Fund, and Platforms for Advanced Wireless Research (PAWR).

US Ignite has been a key partner in our gigabit hackathons, including GigHacks, Gigabit Explorers, and Hacking the Gigabit City. 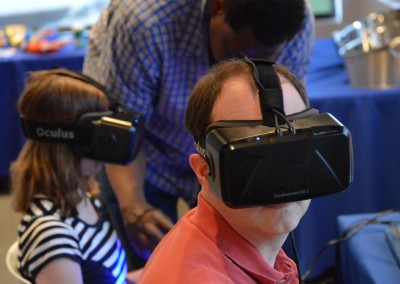 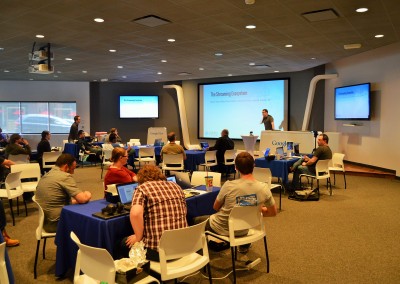 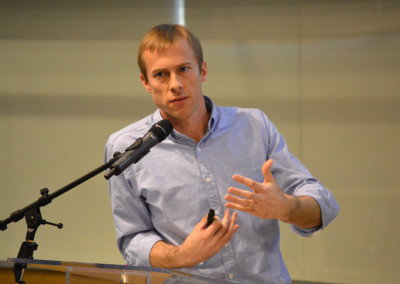 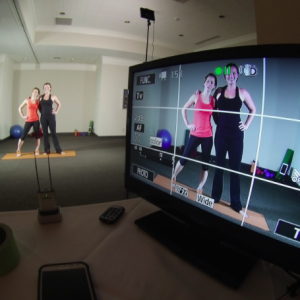 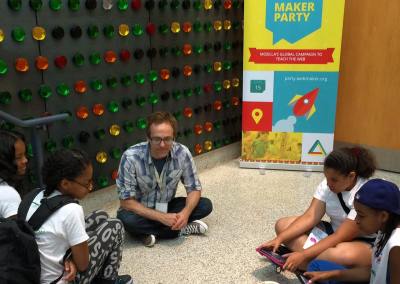 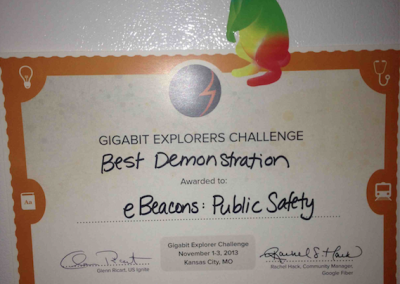 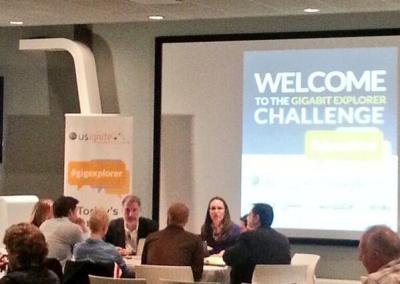 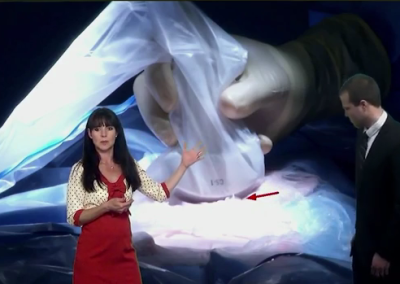