Will Comcast Bring Its 2 Gig Residential Service to KC? 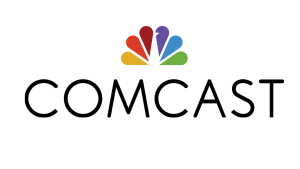 If you think 1 gigabit-per-second Internet is fast — and we know you do — get ready for two times the speed.

Earlier this month, Comcast announced it would be rolling out 2 gigs of blazing symmetrical service to 1.5 million customers in the Atlanta metro area. Called Gigabit Pro, the program will be the fastest residential Internet speed in the country.

As folks who have been enjoying 1gig service from a variety of providers including Google Fiber and AT&T, we at KC Digital Drive were wondering whether Gigabit Pro might be available in our market following the possible Comcast-Time Warner merger. Comcast already serves regular residential broadband to customers in parts of the metro, including Independence and Olathe. If the merger happens, all Time Warner customers in KC would switch to Comcast.

As to whether Gigabit Pro may be coming, Sam Hassan, Director of Sales & Marketing for Comcast – Kansas City, sent us this response:

Comcast continues to bring the fastest speeds to the most homes across the country, and Gigabit Pro is a continuation of that strategy. No additional plans for Gigabit Pro have been announced outside the Atlanta market. As is typical for how we do things, we start in a specific market and then continue to roll out on a market-by-market basis. Our plan is to roll out this product across our service area by the end of the year.

It’s worth noting that Gigabit Pro isn’t the only way we plan to bring gigabit speeds to customers’ homes. We are currently testing DOCSIS 3.1, a scalable, national, next generation 1 Gbps technology solution. We hope to begin rolling it out in early 2016, and when fully deployed, it will mean almost every customer in our national footprint will be able to receive gigabit speeds over our existing network.

We’re also very proud to continue to offer our popular Internet Essentials program in the Kansas City area. Internet Essentials is the nation’s largest and most comprehensive broadband adoption program. In just three and a half years, we have made real and significant progress in helping to close the digital divide in America. We recently announced that we’ve connected more than 450,000 families, or 1.8 million low-income Americans, to the power of the Internet at home, through Internet Essentials.

While they can’t make any official commitments, it sounds like Comcast will be bringing some gigabit offerings to at least some parts of KC in the near future. The DOCSIS program Sam mentions refers to the way cable companies deliver Internet data over their existing cable (copper) infrastructure. “3.1” is the latest generation, which supports the delivery of much higher speeds. Gigabit Pro, like the infrastructure built by providers like Google Fiber and Consolidated Communications, would be true fiber to the home.