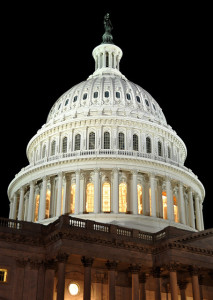 This past Wednesday, Google Fiber held up Kansas City as an example in urging Congress to create conditions that would make it easier for providers to build abundant fiber networks and provide affordable broadband Internet to all.

“Unfortunately, many consumers don’t have much choice in broadband providers, and gigabit Internet is still a dream for most.,” said Michael Slinger, Director of Google Fiber City Teams. “Market-based solutions are critical to closing the gap, yet regulation on the federal, state, and local levels has not kept pace with technological innovation and competition.”

During his hearing before the House Committee on Energy and Commerce, Slinger used Kansas City as a case study in the benefits of gigabit networks. (Download the entire testimony PDF.)

“Consider the exciting economic developments we’ve seen in Kansas City, our first Fiber city. We have seen entrepreneurs and companies from across America pick up their roots and move there, citing Google Fiber as one of the reasons,” Slinger said.

Slinger also cited the collaboration between KC Digital Drive and the Kansas City Public Library to build a Software Lending Library that will allow library users to temporarily check out costly, high-bandwidth software from the cloud.

Much of Slinger’s testimonial was geared toward overcoming the infrastrcuture hurdles — getting Congress to work through local governments to reduce barriers to access by implementing “dig once” policies and the like.

As many would-be Google Fiber customers in the parts of Kansas City where gigabit fiber still IS a dream know all too well, it can take a frustratingly long time for functioning fiber connectivity to get inside the home.

And once it comes to an area, people must have the means and skills to use it. Slinger noted several of Google’s efforts to bridge the digital divide, including the ConnectHome initiative and Digital Inclusion Fellowship, which has hired digital literacy trainers in Kansas City and other Fiber markets.

At KC Digital Drive, we believe in broadband abundance, regardless of provider. We echo Slinger’s sentiments and are proud to be mentioned in his address, as well as in Next Century Cities’ policy agenda aimed at helping leaders in American communities get broadband faster and more efficiently.

(Thanks to Startland News for getting the scoop last week.)