Forward to the Future Recap: How Technology Has Brought Big Change to KC – and What We Need to Do Next

Creating a Culture of Social Entrepreneurship

The Kansas City area has seen lots of change over the last half century. Not all of it has been good.

Taking one side of the city as an example: Between the years 1960 and 2000, over 30,000 people moved out of . Kansas City, Kansas. During that mid-20th-century “white flight” era of suburban growth, 60,000 white people fled KCK and 30,000 people of color moved in. While the ethnic makeup became more diverse than almost anywhere in the nation – certainly an improvement in many ways – the median household income dropped to 20% below the average.

In recent years, the area has seen a slow but steady rebound. This is often credited to the establishment of the Unified Government of KCK and Wyandotte County in 1997 and the economic growth as a result of more organized, intentional leadership. You see its impact across Wyandotte County – from the Legends and Sporting Park developments in the west, to young people moving into houses along State Line Road in the east. In 2010, KCK logged its first net population gain in 50 years. 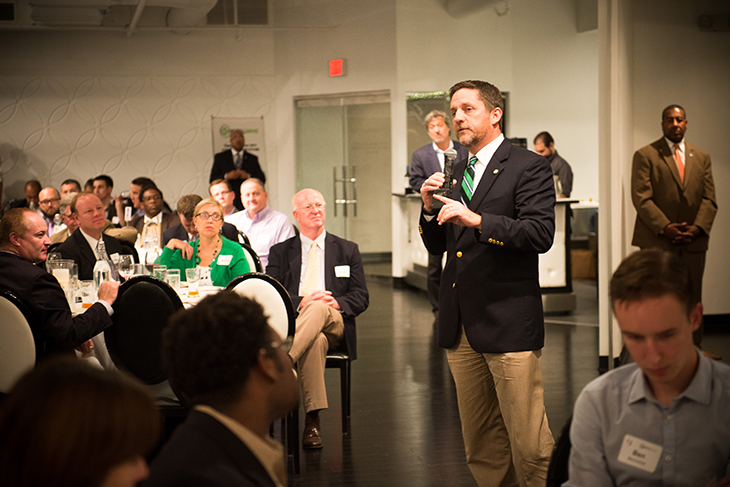 Mayor of Kansas City, Kan., Mark Holland at Forward to the Future

All of this, according to current Mayor Mark Holland, has made KCK a city that is primed to take advantage of the human empowerment that highspeed broadband technology can bring to a city.

“It’s put us in a position where we can uniquely take advantage of the opportunities of the Digital Drive in a way that we couldn’t have 20 years ago,” Holland said.

Mayor Holland was one of many prominent community leaders who spoke at KC Digital Drive’s Forward to the Future event on August 18, 2015, at Grand Street Café. Billed as a Civic Tech Cocktail Reception and Futureraiser, the event attracted around 175 people from the civic, corporate and public service sectors to learn about the community-led innovation that has happened in the Kansas City area since the arrival of Google Fiber and the subsequent authoring of the Digital Playbook three years ago. 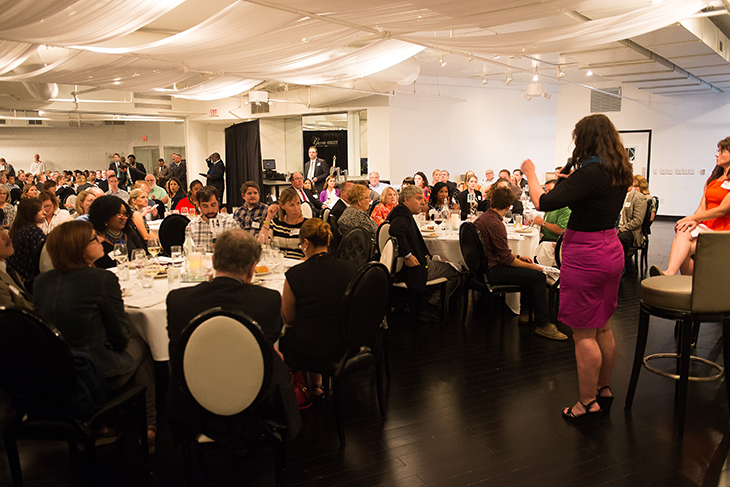 As Mayor Holland talked about the ways KCK has changed over the years – slowly at first then more rapidly – a picture emerged of powerful evolution, driven by technology, right outside our door.

“There are an infinite number of ways that the city can be better at what we’re doing because of the Digital Playbook and the Digital Drive, and the partners we have around us that can help make it happen,” Mayor Holland said. 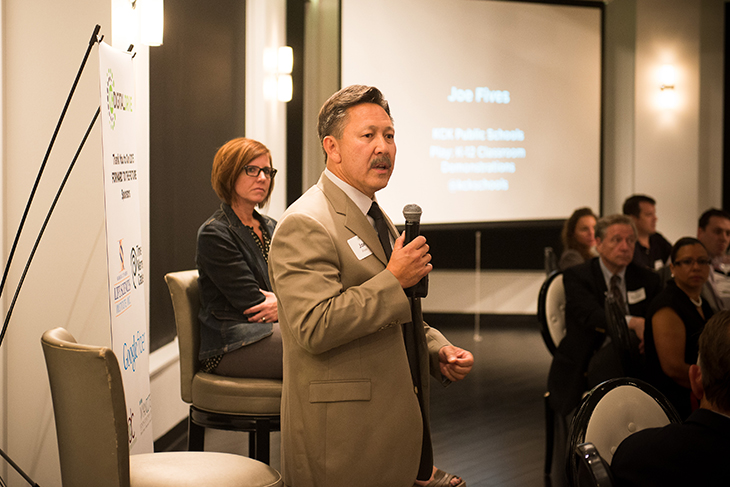 This trend of improving people’s lives in a city through technology is not unique to KCK – it is at the core of KC Digital Drive’s vision for the entire Kansas City region. And as the evening progressed last Tuesday night, a cavalcade of stories from local and national leaders in entrepreneurship, healthcare, education and government services ensued.

We captured the whole thing on tape, and the videos are linked below. (You can also read a nice recap by the KC Business Journal here.)

But first, a word about the future. Because, after all, while the work over the past three years in leveraging technologies like gigabit fiber has been great, our job is nowhere near finished. 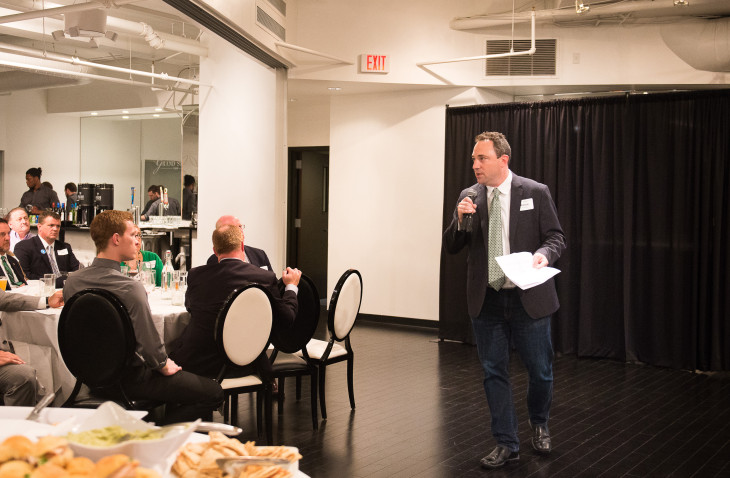 What’s Next for the Future of KC?

In his keynote address, KC Digital Drive director Aaron Deacon asked: “How do we build a culture that knows how to look for what’s coming next? How do we figure out how to use technology to make people’s lives better and how to guide that process in a human, intelligible, heartfelt and social way?”

At KC Digital Drive, we answer these questions by starting with the people. By choosing to focus on people’s needs, desires, and strengths, we develop models for how to use technology in ways that benefit the entire community, not just the business infrastructure.

This starts with ensuring that everyone is connected to fiber and has an equal chance at accessing the empowering Internet. It continues by seeking out and supporting people who experiment with technology to address education, healthcare and other social-good areas.

And finally, it ends by shaping the future of Kansas City – so that the old broken-down and divided cities of the past really are of the past.

If you want to be a part of our mission of making Kansas City a digital leader, check out the links below:

Ways to Get Involved

Videos from the Event

Thanks to Our Sponsors