The Kansas City Story at the Gigabit City Summit 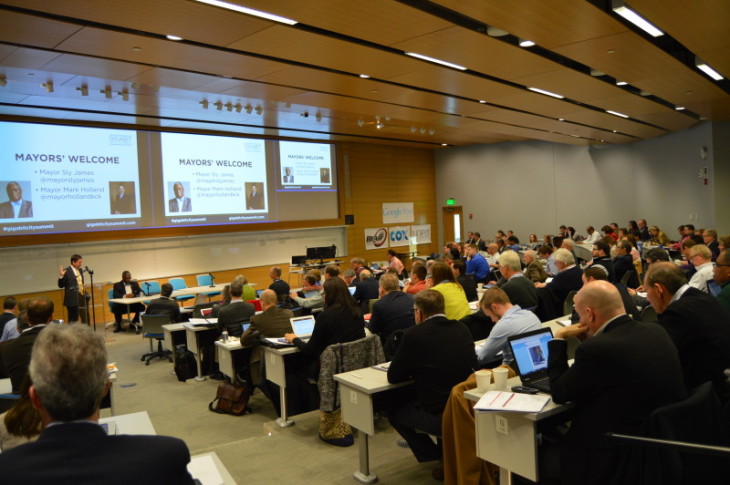 Kansas City has energy when it comes to technology. People are watching and asking questions so they can learn how to replicate Kansas City’s gigabit success.

Over the course of three days in mid-January, hundreds of tech leaders and innovators from nearly 50 cities gathered in Kansas City to learn how to build a gigabit city. Organized by KC Digital Drive, the Gigabit City Summit started with community success stories from mayors of Kansas City, Missouri and Kansas City, Kansas.

“People have a lot of questions about high-speed Internet and continually ask us how Kansas City built the Community Playbook,” said Aaron Deacon, managing director of KC Digital Drive. “So, we designed the Gigabit City Summit to bring together mayors, commissioners and other city leaders. We’re giving them the tools to bring high-speed, low-cost broadband to their towns and helping them understand how to use that technology for community good.” 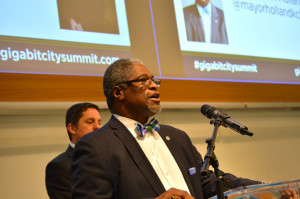 Mayor Sly James of KCMO at the Gigabit City Summit.

High-speed Internet can change a community. Those involved in Google Fiber’s ongoing rollout of its fiber-optic broadband network can attest to that. For example, Kansas City crosses the Missouri and Kansas borders. City and community leaders have had to not only bridge the state divide, they have had to bridge the digital divide. They’ve had to collaborate and come up with ways to make high-speed Internet work for both cities for years to come. Bridging the state divide was no small task. But both mayors were dedicated to making it work.

“We can’t talk about building the city of the future without talking about broadband,” said Mayor Sly James of Kansas City, Missouri. “High-speed Internet has helped Kansas City bridge the digital divide.”

“Our challenge is tapping into and taking advantage of resources,” said Mayor Mark Holland of Kansas City, Kansas. “Making Internet accessible is vital.”

But the first step in access is infrastructure, and cities must make smart decisions now to ensure their network provides value to future generations.

Blair Levin, Metropolitan Policy Program Fellow with The Brookings Institute, told Summit participants that people and communities need to be forward thinking if they want to be a gigabit city. “There will be two cities in the future,” Levin said. “Cities with cable versus copper and cities with cable versus fiber.” He said choices cities make today will impact their future competitiveness. (Read Levin’s speech.)

By the middle of the first day, attendees had learned about the need for an innovative mindset, that success depends upon inclusion, and that a strategic plan is a necessity for any city facing fiber.

As the Summit moved to strategic plan creation, individuals asked lots of questions and took copious notes. Mike Brown, founder of The Brainzooming Group, presented the steps taken to create the Kansas City Playbook, “Playing to Win in America’s Crossroads.”

“Google Fiber didn’t come to Kansas City with an instruction manual,” Brown said. Kansas City had to create its own plan based upon what would work locally. They quickly learned getting a “gig” was huge. They had to address sociology, economics and technology. People were suddenly willing to relocate temporarily and permanently to tap into high-speed Internet access. And that meant access to gigabit Internet was crucial.

Mike Burke, member of the Mayors’ Bistate Innovations Team (MBIT), talked about a few problems Kansas City experienced. He said the challenges and opportunities were 90 percent sociology and 10 percent technology.

Kansas City leaders had to ask difficult questions, such as how will high-speed Internet improve the quality of life for everyone. In authoring the Playbook, MBIT broadened its initial ideas and explored ways high-speed Internet can help in areas such as healthcare, education and public safety.

Alan Fitzpatrick, co-founder of Charlotte Hearts Gigabit, presented his thoughts on the impact gigabit Internet has on a city, specifically related to entrepreneurship and talent attraction. “The Digital Divide is real,” Fitzpatrick said. “Be part of the solution. Communities need to be co-creators.” 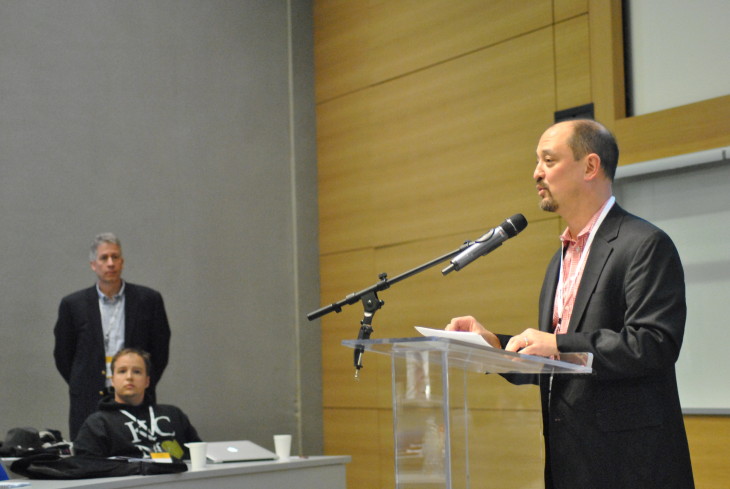 In Kansas City, “Gigabit is no longer about speed but service,” according to Rick Usher, assistant city manager, Kansas City, Missouri. It has become part of daily life and is included in plans for the future.

Concluding the first day of the Summit was Boyd Cohen, globe-trotting professor and creator of the Smart Cities Wheel. Cohen expanded the dialogue even further beyond infrastructure into ways cities can attract and nurture innovators. The best way to drive innovation in the 21st century, Cohen said, is to cultivate “civic entrepreneurs” – makers and coders who thrive in fab labs, co-working spaces and innovation districts like the KC Startup Village.

If nothing else, the Gigabit City Summit showed how Kansas City has leveraged its access to ultra high-speed Internet since Google Fiber arrived – and how this community continues to carve new paths on the information superhighway.