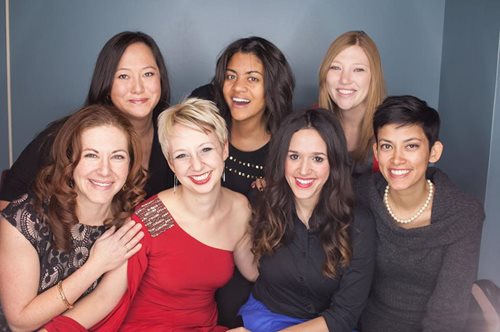 The first recipient of Hive KC Digital Drive funding is Tech sHeroes. An initiative of KC Women in Technology, Tech sHeroes encourages 7th and 8th grade girls to seek out careers in technology, learn to code and take on tech-related projects to benefit their school and community. Google Fiber has generously granted the first $5,000 in seed funding for the project.

KC Digital Drive was first commissioned by the Mayors’ Bistate Innovations Team in 2012 to implement a digital playbook for the region. One of the “plays” in the book was to pilot next-generation apps that would use the power of Google Fiber and other gigabit networks to make Kansas City a better place to live and work.

Working in partnership with the Kauffman Foundation, Mozilla, and U.S. Ignite, in March 2013, KC Digital Drive held the first Hacking the Gigabit City hackathon to spur development of apps that would use the gigabit framework to deliver services. More than 130 developers and technologists joined over a weekend to explore ideas ranging from interactive online education, to telemedicine in schools, to 3D urban planning. Another hackathon, Gigabit Explorer Challenge, followed in November 2013, with support from US Ignite.

The winners of the first Hacking the Gigabit City were invited to compete for a $500,000 pot in the Mozilla Ignite Challenge. Soon after, Mozilla, with support from the National Science Foundation and U.S. Ignite, created the Gigabit Community Fund. So far in 2014, $300,000 has been awarded to two dozen educational projects in both Kansas City and its gigabit sister city of Chattanooga, Tennessee. Of the nine Kansas City projects to receive Gigabit Community Fund grants, four began at our gigabit hackathons: Bonner Springs Fire Dept, Reconciliation Services, PlanIT Impact, and Fitnet Health. (A fifth grantee, Big Bang, was incubated at KC Digital Drive’s 1 Billion Bits meetup.)

Meanwhile, as the relationship between Mozilla, U.S. Ignite, KC Digital Drive and the wider Kansas City educational community solidified, Mozilla selected KC as the next location to receive a Hive Learning Community.

Like its counterparts in cities such as New York, Chicago and Toronto, Hive KC is a member-based group of teachers, educators and youth-serving organizations collaborating across open networks to enhance their profession and deliver more innovative experiences to youth.

With Hive KC firmly established, KC Digital Drive saw an opportunity to collaborate to support locally grown projects in the education field that might otherwise fall through the cracks.

“As the Gigabit Community Fund allowed high-bandwidth powered projects like Fitnet and PlanIT Impact to take off, we found a lot of other projects worth funding that don’t necessarily need the gigabit,” says Aaron Deacon, Managing Director of KC Digital Drive. “The Hive KC Digital Drive fund creates a mechanism for us to do that.”

Tech sHeroes is the first to benefit from this new mechanism. KCWIT plans to launch the program in the fall.

If you would like to know more about the fund, including how to donate or have a project funded, contact Kari Keefe

END_OF_DOCUMENT_TOKEN_TO_BE_REPLACED

Nestled amid the tall buildings of downtown KC, The Crossroads Academy is a case study in what a savvy school can do with a gigabit fiber connection.

END_OF_DOCUMENT_TOKEN_TO_BE_REPLACED

If you are a STEM advocate seeking opportunities to work with Kansas City youth, STEMS on the VINES (the extra “S” is for Sustainability) may be for you.