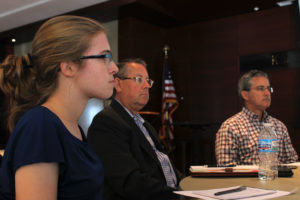 “What underscored for me was that the dialogue around digital inclusion has gone beyond access,” Esselman said “We are talking about a whole ecosystem of access, devices, about educational training and skill development.” He also applauded the work between public, private and non-profit entities in St. Paul.

Carrie Coogan spoke on a panel at Mountain Connect about the work at our Coalition and what we do that keeps our city at the top of the national list for digital inclusion. Our own Aaron Deacon also spoke on a panel about the civic aspects of getting city government and companies, and public and private coalescing around broadband deployment.

The Coalition members expressed their opinions on the new XAQT “digital inclusion map,” which overlaps internet access data with economic prosperity in Kansas City. The meeting was contentious on the purpose of the map. 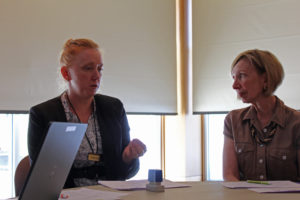 The second half of the meeting was dedicated to four working groups, led by city officials, to continue to brainstorm solutions to the identified issues of digital inclusion in Kansas City:

There will be no meeting for the month of July.