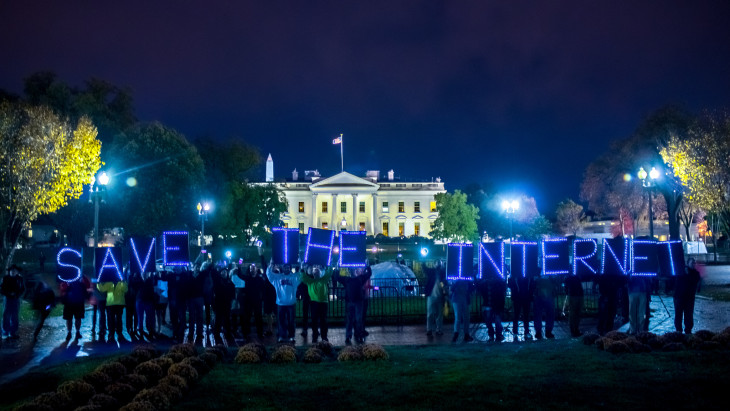 But does the Internet need saving? (Photo by Josephe Gruber – Flickr)

Wow, well, that got political pretty quickly. The FCC made two notable rulings at the end of February regarding community broadband and net neutrality, and, depending on which side of the aisle you were on, you probably either rejoiced or wanted to rip the cables out of your walls.

Now, looking back, it seems that the increased rancor around regulating the Internet is part talking past each other, part ideology, and part honest disagreement over which approach is best. And I think that’s true for both of the hot button issues.

I want to make clear in this space that KC Digital Drive, as an organization, does not have a position on whether the FCC’s Title II reclassification of broadband was a good move. Same goes with the specific exemption of municipal networks in Wilson, NC, and Chattanooga, TN, from state laws that forbid those networks from expanding their service areas. I haven’t surveyed all of our board members, but I can say for certain that there is not universal agreement. And I can say with some degree of assurance that most of us honestly don’t know how this will shake out.

I’ll touch briefly here on each of these issues, and then provide a handful of annotated links that seem to take an interesting angle on the debates. 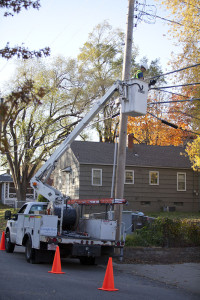 We work with two organizations, Next Century Cities and Coalition for Local Internet Choice (CLIC), that advocate for cities’ rights to have the broadband networks they want and need, preferably fiber optic ones, which offer high capacity at reasonable cost. When it comes to how cities exercise their rights and whether the states or the feds ought to protect them — we choose not to take a stand.

Luckily for us, Kansas City didn’t need to build a community network in order to get access to world-class fiber. We got Google Fiber followed by a host of others, including AT&T and Consolidated Communications, offering it at competitive pricing. Chattanooga, on the other hand, chose to build its own network.

The fact is, there is yet no proven, 100% successful path for cities to get broadband. I’m not sure what to make of Provo, for example, which spent $39 million on a network it couldn’t maintain and then sold it to Google for $1 and Google Fiber. That’s an awful lot of public money for a private asset, but Provo finally has the modern day infrastructure it desired.

We believe these networks themselves are fundamental for competitive local economies in the modern age and that cities without fiber infrastructure should fight to get it … even though some might not do it well.

This is such a loaded phrase. And one that comes with, what seems to me, a lot of emotion and often little understanding of how the Internet works — from a technical, business or regulatory perspective. I don’t know that I’ve met anyone who says they don’t want a “free and open Internet.” Fast lanes? We need some fast lanes, because they make sure important traffic gets where it needs to go. And it’s surprising to me that people feel so sorry for “little” old Netflix. 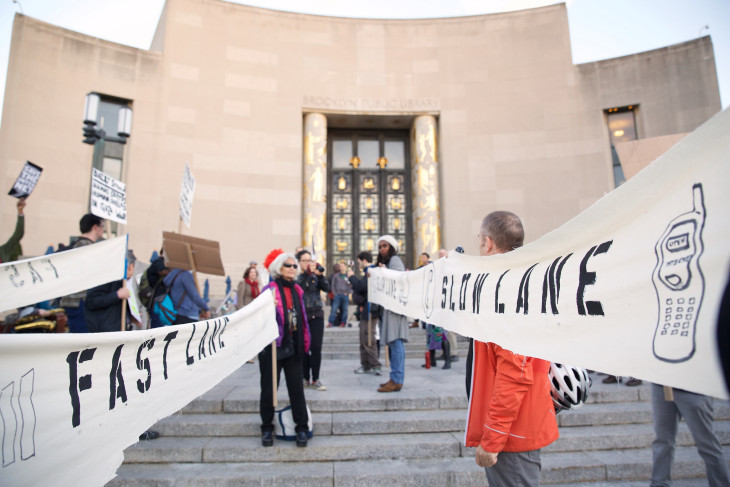 The fact is, the Internet is a big hairy beast, and it’s growing and changing dramatically every year. The powers behind the Internet have forged makeshift arrangements as it’s been built, and it’s worked pretty well so far. Ultimately, net neutrality is a question about who makes the rules and acts as the watchdog over these makeshift arrangements.

It’s easy to reduce the question to “trust the market!” or “trust the regulators!” Or to ask who it is that you want making sure things are fair: the corporations that provide your Internet or the FCC.

The poor brand reputation of the cable and telco behemoths doesn’t help them out much here. But the reality is that all of our networks—roads, railroads, waterways, electric grid, sewer systems, telephone lines—seek the right balance. And the line shifts over time because it’s really hard to predict the future.

So, by all means, fight for what you think is the right approach, but—as I wrote in the Star the other day—let’s keep a close eye on the practical outcome here in KC and push for what works.

Celebrity entrepreneur Mark Cuban has been a vocal opponent of Title II regulation and has posted widely, basically saying he thinks government regulation will mess things up by making rules about things regulators don’t understand. Here is one good interview in the Washington Post. Cuban also gets into a debate with venture capitalist Fred Wilson (and others) over on Wilson’s blog (go down to the comments for dialogue). Wilson trusts government regulators more than the entrenched cable and telco titans to get it right. Both seem to agree that what we want is for it to stay the way it’s been.

US Ignite’s Joe Kochan (a good friend and partner of KC Digital Drive) explains that the Internet has “never been fully open, nor fully free” and that the technology of the Internet is changing faster than the rules we’ve created can accommodate. He suggests the technology now can be used to make some of the regulatory questions moot.

Jeff Hecht, writing a mostly accessible piece for the Institute of Electrical and Electronics Engineers (IEEE), digs even deeper into the technical backbone of the web and argues that “the big technology question in the debate over Net neutrality is which approach to packet management [how Internet traffic is broken down into little bits that are each routed for maximum efficiency] would give the best performance now and in the future.” This piece is less prescriptive and more technical than Joe’s but hits some of the opportunities and challenges of how advancement alters the network itself and the kinds of things we send over it.

Back at the policy level, here’s a brief look from the NY Times at FCC Chariman Tom Wheeler’s attempt to sell the new rules to a global audience at the Mobile World Congress. Says Wheeler: “We’re not going to regulate in the way that people are worried about.” FCC Commissioner Ajit Pai (from Kansas) issued a dissent basically saying (and I paraphrase), “Oh, yes you are, and by the way…OBAMA!” Like Cuban and Wilson above, they want the same rules we’ve had. For Pai, that means Title II regulation is a solution looking for a problem, while Wheeler thinks the problem is just around the corner and the FCC needs to get out ahead of it.

Tim Wu, a Title II cheerleader and the guy who coined the term net neutrality back in 2003, makes the claim in the New Yorker that neither the market nor the big telco/cable companies will actually dislike Title II as its detractors claim.

The New Yorker also offers a pretty concise analysis of the municipal broadband decision, while this older piece from Wired focuses on municipal barriers to private broadband investment…the kind Kansas City famously cleared away to make room for Google Fiber.

Finally, the Washington Post believes there is a good way around all the bickering over regulation: legislation.

In the end, we at KC Digital Drive choose not to focus too much on taking sides in the debate out of Capitol Hill because, like so much of technology, it’s complicated. And it’s really, really hard for legislators and regulators to make rules at a pace that keeps up with technology. So we’ll keep watch and advocate for what works, and we’ll try to keep our local leaders up to speed as best we can.