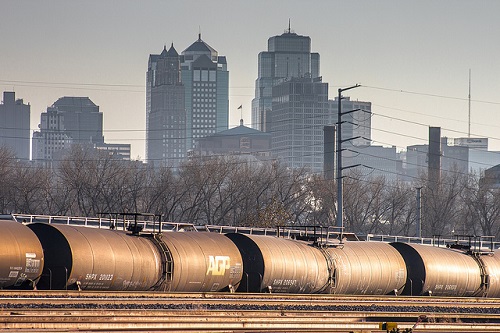 The KC Skyline as viewed from up North. Photo by Vincent Parsons

North Kansas City is a part of the metro that has been somewhat silent in recent discussions of gigabit Internet in the region. But the whole city is about to get a free gig to its churches, public institutions — and even homes and businesses.

But it’s not Google Fiber. Or even AT&T or Time Warner.

As part of the deal, DataShack will provide free gigabit connectivity to the city government, public libraries, churches, and public schools. Additionally, all existing LiNKCity residential customers will start getting free gig service starting January 1, 2015. There will presumably be a window for new subscribers to begin signing up for the free service. That includes residential and business.

Something of a best-kept secret in the community, LiNKCity has built up 900 subscribers since launching its broadband fiber product in 2006. Its current residential fiber-optic broadband packages range from $15.95 for 1.5 Mbps to $129.95 for the “Supreme” version, which offers 30 Mbps.

On the business side, pricing has ranged from $29.95 for 2 to $299 for 100, though it looks like they’re already signing up local co’s for the Gigabit Giveaway.

With Google Fiber still not announcing its much-anticipated business packaging (which will not likely be free), will this cause a “fiber drain” of startups moving to the Northland?

It’s only a five-minute drive from downtown, after all.