by Aaron Deacon | Apr 3, 2015 | Digital Infrastructure, Fiber to the Community 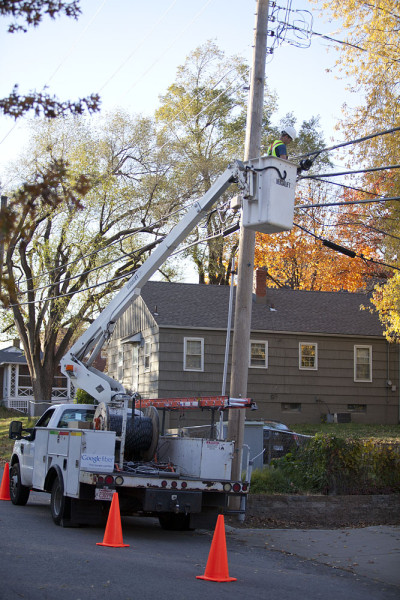 A couple of weeks ago, KCTV5 reported that Google’s effort to bridge the digital divide is coming up short. It’s great to see local news covering this issue and to see broader exposure for partners like Connecting for Good, who have worked so hard to make a difference.

But the headline is misleading, and it’s not the first of its kind by a longshot. There is a clear, long line of reportage—locally and nationally—to suggest Google has been the villain in Kansas City’s digital divide story.

During the initial launch period in 2012, Wired reported “Google Fiber Splits along Kansas City’s Digital Divide.” Two years later, Newsweek asked “Is Google Making the Digital Divide Worse?” followed by the WSJ with, “Google Fiber Is Fast, but Is It Fair?” More recently, Fast Company claimed “the digital divide is as wide as ever” in KC. Those are just a few over the years.

I’m here today to tell you that the idea that Google is some kind of digital divide villain in our city is preposterous. It’s simply not true, and perpetuating it is damaging for Kansas City.

I feel that it is incumbent on us as a community to recognize this, and in this post I’ll explain why.

But first, I need to make something clear about KC Digital Drive.

It’s easy for us to be accused of shilling for Google. Because we believe in the importance of fiber-optic infrastructure to our city’s economic future, because we’re champions for the potential of the gigabit Internet to improve lives, and because our origins trace back to Google Fiber’s arrival in KC, we have some clear connections to Mountain View.

But despite these connections, we remain strictly vendor neutral. The first line in our founding document spells it out: “it’s really not about Google — or any other broadband provider.” We stand for a more connected city, regardless of whether it’s an ISP, like Google or AT&T, or a muni broadband network that’s providing the hookup.

We’re happy to call out Google when they screw up (which they do), and we’re more than happy to work with other Internet providers, corporate partners or anyone else who is interested in supporting projects that make Kansas City a digital leader.

We have been mostly silent to this point, so as not to violate our own code. But it’s just too frustrating to have what is actually a community success story painted as a failure, even as we acknowledge that there is still much work to be done.

“Yeah,” you might say, “that’s all well and good, but why would so many people be keeping this story alive if Google were not redlining and excluding the poor?”

Here are six arguments for why Google Fiber has improved the digital divide in Kansas City: 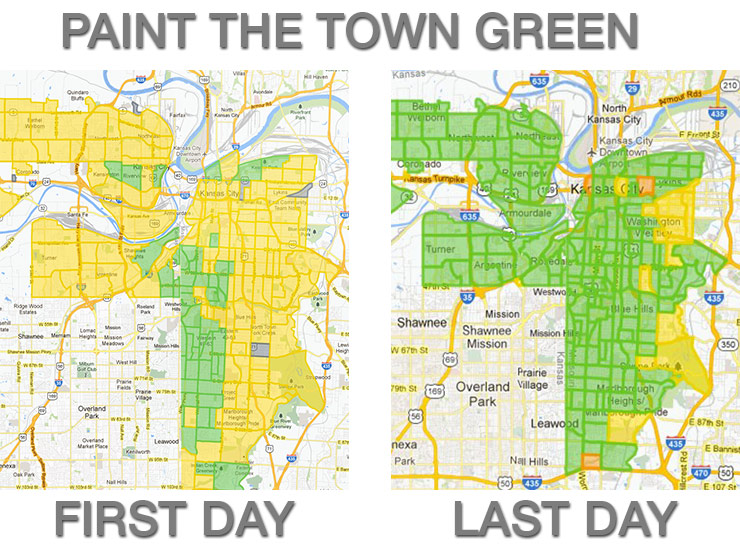 Google Fiber’s Fiberhood map: before and after 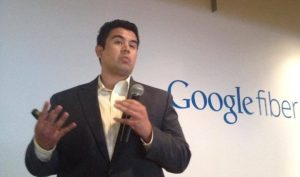 On top of all this, Google’s arrival in the market and continued pressure on the topic has elevated the civic profile of the digital divide as a civic, social, and economic development priority. These facts run counter to the expectation of most people I talk to who have been watching the story from afar. But they haven’t stopped well-intentioned local voices from perpetuating the story the national media wants to tell about KC.

I understand the desire to call on Google to do more. They’re a vested ISP with deep pockets and a clear commitment to the digital divide. But I think the “public shaming” approach, whether by calling out Google as uniquely responsible or simply by letting a false narrative endure, is a misguided one.

Here are some reasons why Google bashing is bad for Kansas City:

We don’t mean to sound naïve. We get that the press will have its day, and not too many people are interested in parsing the nuances of fiber infrastructure buildouts. We also know that the digital divide is real, and Google Fiber’s arrival cast a sharp, stinging light on it.

Additionally, Google Fiber did not help matters by insisting on an online down payment by credit card (hard for renters and the unbanked). Nor was their initial strategy pertaining to multi-unit dwellings (i.e.apartment buildings), anything but a mess. Finally, their corporate silence leading up to the rollout and then tinkering with the product afterward led to feelings of confusion and mistrust.

But it’s time to set the record straight, and, more important, it’s time for Kansas City to get to work.

The digital divide a big issue, an old issue, and progress is incremental. We have a world-class infrastructure in some of our poorest neighborhoods, and it’s time we use it (and quit whining).

So what do we do?

The Mid-America Regional Council is hosting two meetings with the Missouri Office of Broadband Development on broadband and digital access in Cass, Clay, Jackson, Platte and Ray counties on Nov 2nd and 3rd.