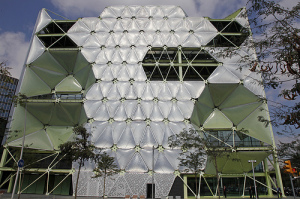 If the first Gigabit City Summit was about how cities learn from each other, then the second installment was where the real learning got started.

Early this past Wednesday morning, on the eve of Google’s long-anticipated Fiber announcement, Kansas City leaders got an important reminder: Don’t let Google Fiber distract you from what you’re already doing.

That advice came from Bill Hutchison, founder of the iCANADA Alliance and developer of intelligent community projects in Toronto and Skolkovo, Russia.

Part of the Gigabit City Summit Core Team, Hutchison (speaking from Moscow), joined fellow team members via Cisco videoconference from Amsterdam, Barcelona, and Singapore to talk about how they’ve built and successfully sustained smart city projects in places far and wide. Their projects are the kinds of technology-driven, economy-boosting initiatives that Kansas City has begun dreaming of since being given the Google Fiber golden ticket in 2010. And they’ve done it all without the benefit of Google.

Unlike in KC, which is having its network infrastructure installed for free courtesy of Silicon Valley’s most powerful tech company, Hutchison and his colleagues come from places where no one handed them the keys to the broadband. Yet they have managed to collaborate with local businesses, governments, and organizations to create landscape-altering projects such as the 22@ Barcelona innovation district, which transformed an industrial portion of the city into a hub of entrepreneurship and technology-based urban renewal; and theAmsterdam Innovation Motor, which has brought fiber to 100,000 households and expects to have the entire city connected in three years.

For Kansas City, a metropolis on the brink of lighting-fast connectivity, learning from other cities’ successes is crucial. Over the remaining 10 months, the Gigabit City Summit will offer a distance-learning course in smart city planning.

The theme of the July 25 session, “Leadership, Organization, and Community Challenges,” addressed the issue of how cities can succeed in a new, Internet-empowered economy that prizes sustainability, civic-supported innovation, open access, constant connectivity, high-performance collaboration, and the breaking down of silos. The goal: to spur innovation on a local level so that your city can compete globally.

A WebEx archive of the session presentation slides and audio will be available soon courtesy of the Smart + Connected Cities Institute.

The Summit ended on a hopeful note for Kansas City.

Much as they did at the first Summit (in the presence of Mayors Sly James and Joe Reardon of KCMO and KCK), the Core Team applauded MBIT’s playbook as a good framework for making KC a smarter, more connected place — a framework, remember, that was devised with no actual knowledge of how the Fiber program would shake out.

Now that Google has officially announced its pricing plans and rollout schedule for providing Fiber to KC residential neighborhoods (but only those that show adequate demand), it’s time to start thinking about implementation.

Stay tuned for more upcoming GCS sessions, including the August 22 Summit on “Open Government, Big Data, and Innovation,” at gigabitcitysummit.com, on Twitter at @gigcitysummit and at facebook.com/gigcitysummit.