As more and more consumers get gigabit fiber at home, tech enterprises will produce software applications, products and media experiences that will rely on high-speed broadband to deliver unprecedented digital experiences.

“The gigabit age is upon us,” declared Will Barkis in TechCrunch. Digital experiences that will transform our daily lives – “the telephone of tomorrow, the email of the future, the Facebook of fiber,” as Will put it – haven’t been created yet. But they are on the horizon.

And when they do arrive, the Gigabit City Lab will provide users with a first look at them.

Established in 2015 by KC Digital Drive, the Gigabit City Lab is a first-of-its-kind volunteer test panel designed to help gigabit developers and users collaborate on the apps of the future. Designed for fiber subscribers but open to anyone with an Internet connection, Gigabit City Lab will provide members with early access to the next-generation of apps built for ultrafast fiber connections.

Early adopters and gigabit aficionados are encouraged to sign up at gigabitcitylab.com.

How it will work:

A full 1Gbps fiber connection is not required to join, and there is no cost to participate in the program.

“We’ll bring you a mix of stuff to try,” says KC Digital Drive’s Aaron Deacon. “Some of it will be consumer friendly, some for techies or software developers, some that is ready for prime-time, some that is in the early stages, some that really stretches the networks, and some stuff that relies on the gig but can work over regular speed Internet too.” 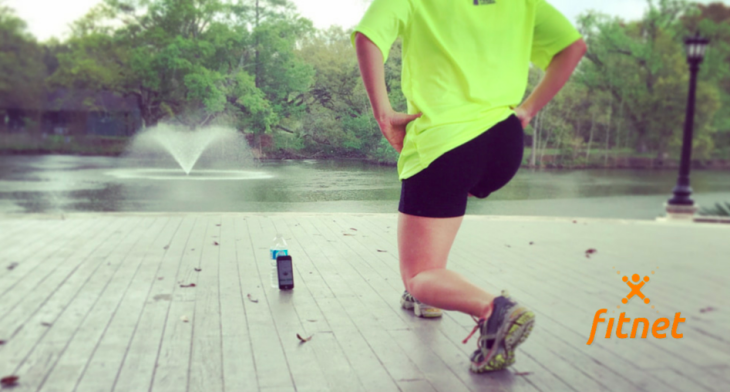 The first app up for testing is Fitnet. A winner of KC Digital Drive’s Gigabit Explorer Challenge and recipient of a grant from US Ignite, FitNet is a social fitness app that takes 5-minute video workouts and turns them into interactive experiences through kinetic sensor technology already on your smartphone or tablet. The app can work over a wifi-enabled home gigabit internet connection, or wireless data.

FitNet is available now and was the #1 health app in the App Store shortly after its launch in 2014. There is also an Apple Watch version of the app.

New apps will be presented to Gigabit City Lab members on a biweekly basis.

“Will it play in Kansas City?”

As a nonprofit tasked with ensuring KC’s digital future, KC Digital Drive is seeking to create a viable test bed for gigabit applications that will start in Kansas City and spread to the world.

The Kansas City area has a long history as a test market for new products, from new kinds of beer to Google Fiber.

“Our hope is that the builders of the gigabit experiences of the future will recognize Kansas City as their go-to test bed and come to us when they want to try something new and possibly revolutionary,” Deacon says.

If all goes well, the Gigabit City Lab will grow beyond KC and provide a great service to the world’s gigabit economy.

END_OF_DOCUMENT_TOKEN_TO_BE_REPLACED

The University of Kansas School of Nursing is launching a virtual, immersive nursing school program to broaden access for prospective students, expand its enrollment capacity, and build a more engaging and effective competency-based virtual curriculum