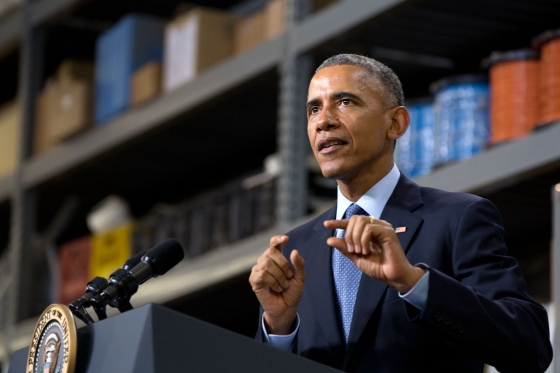 As President Obama prepares to give remarks about the economic importance of broadband technology today in Cedar Falls, Iowa, delegates from across the country are already assembled in Kansas City, Mo., for a conference that addresses all aspects of high-speed connectivity.

Kansas City was the first city to get Google Fiber, and fiber-optic broadband is clearly at the forefront of the President’s technology agenda.

According to the White House release (PDF) about today’s announcement, “in June 2015, the White House will host a Community Broadband Summit of mayors and county commissioners from around the nation who are joining the movement for broadband solutions and economic revitalization.”

“This announcement could not be more timely,” says Aaron Deacon, managing director of KC Digital Drive. “We designed the Gigabit City Summit precisely to bring together mayors, commissioners, and other city leaders and give them the tools to not only bring high-speed, low-cost broadband to their towns but also understand how to use that technology for community good.”

All of these organizations have representatives at the Gigabit City Summit and are available for interviews by the media. Contact: Aaron Deacon at 913-475-9885 or adeacon@kcdigitaldrive.org.

The Gigabit City Summit is being held Tuesday through Thursday (Jan. 13-15) at the University of Missouri Kansas City and the Kauffman Foundation. To find out more about the conference, visit gigabitcitysummit.com and follow the discussion on Twitter via the hashtag #gigabitcitysummit.